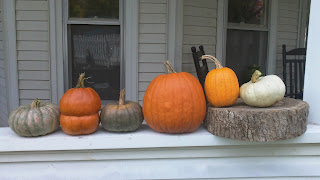 We had family visiting this weekend, so we thought it might be fun to hit up the closest pumpkin patch.  It is actually a working farm, so it lacks a lot of the hoopla of most pumpkin patches.  However, there is no fee to go there and you get a great price on a variety of different pumpkins and gourds.  Plus they are still out in the field and attached to the vine...it was fun to trek through.  I almost like it better, but I would have liked some kind of pumpkin cut-out for me to stick the kids faces through (I have been told, that will be there soon).  It was the first weekend they were open, so the pickin's were great and no crowds.  It was perfect to me.

I thought Jack was going to love the tractor ride, and he liked it until they started the tractor then he freaked out a little bit.  Joe was going to walk with him to the pumpkin patch, but I knew once we started moving and he saw that we were fine he would stop screaming.  I was right.  He still was a little nervous on the way back, but no crying so I would say it was a success.


We bought four pumpkins, two dark, one white, and one odd shaped orange one seen in the picture above.  The other two were given to us.  We hadn't planned to get so many, but they were awesome looking and the total cost was only 12 dollars so I feel like it was worth it.  Plus, they are going to be used toward pumpkin pies and meals throughout the fall.  Below are pictures of our trip.  I'm so glad we got to go with Nanny and the aunties and cousin Eddie.  (Oh, and Jack can now say Ella and Eddie...melt my heart!). 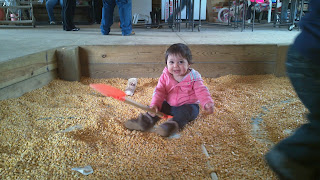 A corn box (like a sandbox...which they both loved). 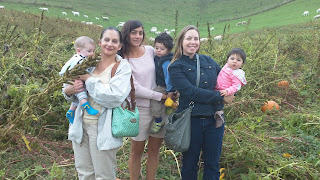 Family picture in the pumpkin field. 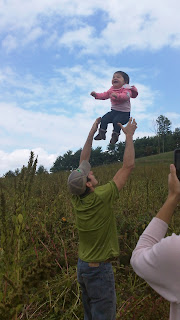 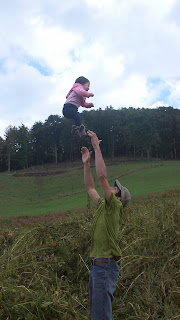 We took a similar picture of Jack when we went to the pumpkin patch last year.  It was fun to recreate this. 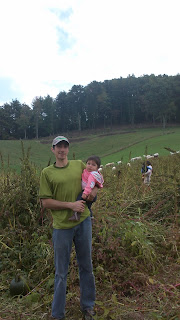 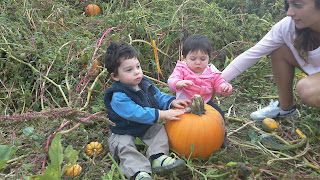 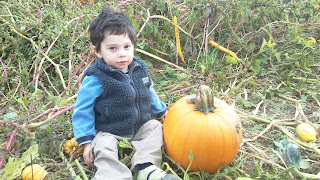 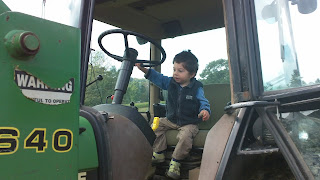 Jack found a tractor which was great.  It just scared him to see one that was turned on. 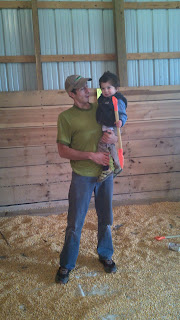 I really had to include this one with cousin Eddie...isn't he the cutest? 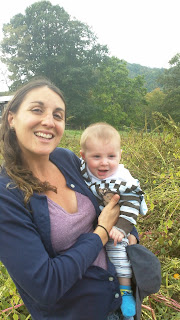