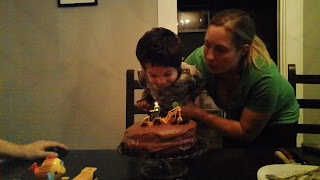 It was two years ago that I became a mom.  I was excited and nervous for that day.  I always knew that I wanted to be a mom and that it was going to be so special in my life, but it really has been amazing.  I feel especially blessed to have this special little soul in my life.  He is so much fun and quite a happy kid.  I have been thinking about what I was going to write for almost a month now.  I wanted to remember the little things that he does and I always enjoy reading other blogs that include such sentimental thoughts about their children.  Especially in the everyday moments.  So here is my attempt to include some tidbits about my little peanut! 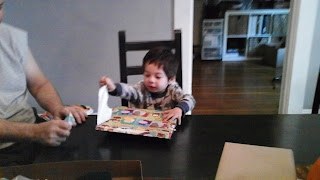 Jack has a really cute smile.  Not only does he have a large gap in his front teeth but they stick out a little (somewhat buck tooth style).  When we are in the car and I am stopped at a traffic light then I look back at him and he has the cutest way of smiling by curling his upper lip under and grinning with the biggest buck smile!

His ultimate favorite thing to do is ride his bike.  Not only is he very good at it, but he is riding longer distances everyday.  We try to get out on his bike at least once a day.  This also allows me to take Ella for a good walk in the stroller. 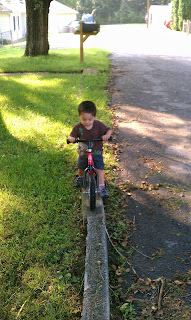 Jack has a hard time sharing.  He is great when at the gym play area or at nursery, but struggles with sharing while at home.  Sometimes he does it, but we here the word "mine" a lot.  On the other hand, there are times when he just randomly gives Ella his toys or hugs her.  I love those moments of kindness and hope we can continue to nurture that. 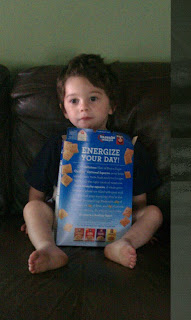 Jack has learned how to throw a temper tantrum by twisting and falling onto the floor.  He then proceeds to cry.  So far it has only happened at home, but he definitely is in those terrible twos!

We eliminated the pacifier last week.  It was really hard to get rid of it during naps, which happened a month ago, but thankfully that allowed for the final transition to happen smoothly.  He didn't cry once when we put him to bed without it.  Now it is an out of sight and out of mind thing.  Although, two nights ago when I put him to bed, he fell asleep sucking on the tip of his thumb.  I wonder if that will stick.

He has his father's stubborness (maybe his mom's too).  Yesterday he was so determined to hike all the way down from the climbing area.  He did good, but fell a few times.

He likes to blow kisses when he says goodbye.  Even if he is saying goodbye to an object.  Or the grocery attendant.  He is a lover.  And usually a kiss is accompanied with his sign language thank yous. 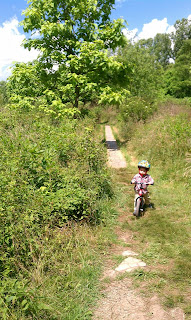 There are a few things that he really loves: bikes, boats, buses, horses, and Elmo.  He also loves anything that moves, so airplanes, motorcycles, and such are also special. 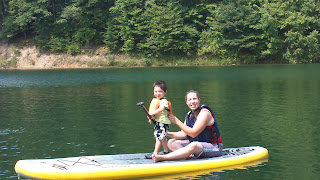 For entertainment, he likes to run in circles around the house, from the living room, then into the office, the dining room, the main hallway, and back into the living room.  He pretends he is going to school with his backpack on and he always blows me kisses and says bye bye. 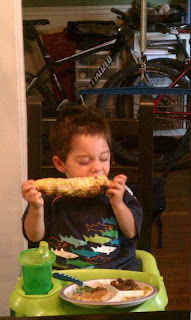 He learned how to say his sister's name yesterday, and his cousin Eddie's too.

Although he definitely shows fear, he is extremely courageous and will try most adventurous things.  I often wonder how many broken bones I will have to take care of as he grows.

His favorite and only number that he can say is 2.

I have to watch the cups of water, juice, milk or any liquid that is left out, because I think he finds joy in picking them up and tipping them over.  Mind you, he also occasionally spills them on accident too.  I am tired of having to use paper towels to clean up the floor.

If I let him, then he would help me to do everything.  He gets very excited to put dishes in the drying rack, unload laundry or move it into the dryer, sweep the floors, or pick up his toys. 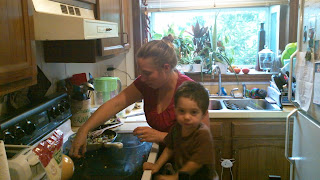 I love that he knows to fold his arms after the music in sacrament meeting and it sounds so cute when he says amen at the end of the prayers.

Jack has always been a cuddly baby and he still likes to snuggle and give me kisses.  I will take them as long as I can!

Right now he goes to sleep in his toddler bed, which he has done since he was 16 months old and he wakes up at some point each night to come into our bed.  I still don't know how we are going to break him of this habit. 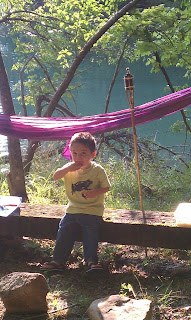 When we go to the playground he could spend hours on the swing.

He is a super helper in the garden and he often picked things before they were ready.  I can't be mad though, since he was just trying to help. 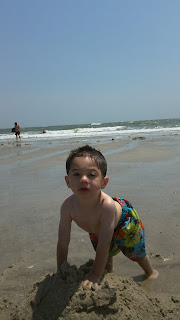 Sometimes we will take him for car rides just so he can see horses and cows.  He really loves that and always asks for me.  Oh, and he thinks all birds are called ducks.  I correct him every time but he still calls them ducks. 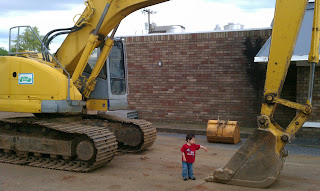 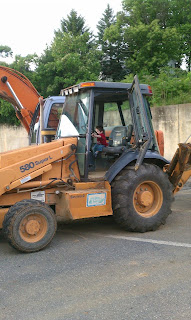 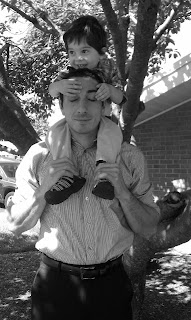 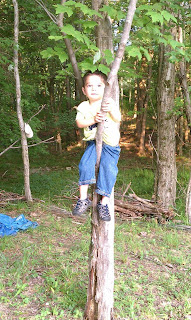 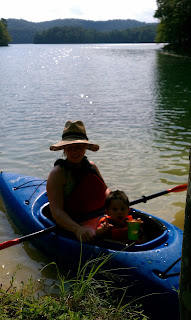 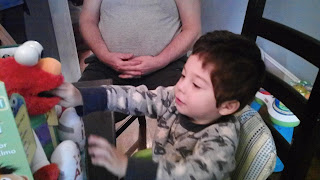 I teared up reading he folds his arms right after the song in sacrament meeting! What a giant soul! Well written, I really feel like I know your son personally! He is so handsome! Here is to the #2!!! How cute and fun of an age.... you are such a super Mom.

I know that I've told you this before, but I love that you keep this blog. We will cry and laugh when we are older thinking about the young years of our family.