Don't you love when you have one of those moments when you are reminded of the past? Well, I had one those crazy moments where I ran into someone from my travels overseas in the most random way and it pulled me back into those days of exploring. Oh, i miss those days and I am itching for the opportunity to work overseas again (in about seven years!). 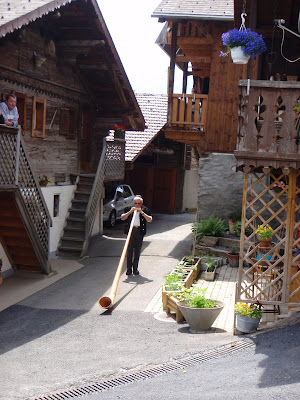 This past Monday I arranged to go climbing with a few friends from town. I haven't been able to go regularly since Jack has been born. However, there was going to be a very good size group and three of us were pregnant, which meant they were at least baby friendly! So after Joe got off work we headed to our friend's house to meet up with everyone. We started with introductions, since there were two couples we did not know and then we hatched plans for where we would go for the evening. During introductions we were introduced to a man named Matt, who has an Australian accent. He mentioned that they were building a house in Summersville (just a few towns over) but they own a hostel in Switzerland. I didn't think much of it, until we were riding in our car headed to the climbing area. I told my husband that I thought Matt looked so familiar and I wondered if that was because I stayed in a hostel in Switzerland. It was actually the first place I had ever rock climbed! I have even told Joe about this place and how beautiful it is and one day I wanted to go there with him. 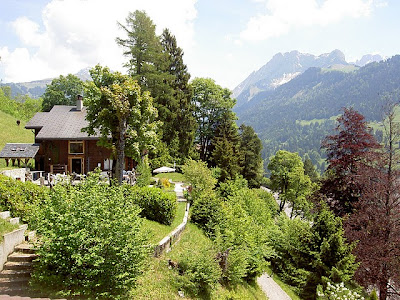 So when we arrived at the climbing area, I had to ask him. I couldn't remember the name of the hostel, the town, but I definitely remembered all my memories from the trip. So I asked Matt how long he had lived there, since it was in 2003 that I took that trip with an ex-boyfriend. Sure enough, his wife said the name of the town, Gryon and I knew it exactly and couldn't believe he was the guy who first taught me how to climb at the Chalet Martin Hostel. Almost ten years later and I was going to be taking him out to an area where I live and love. Now feel like there is so much more incentive to make another trip to their hostel. I look forward to that day. 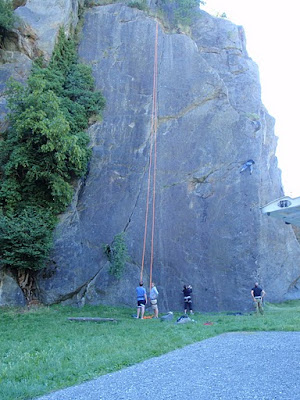 Before I end this post, I must tell you about some of the amazing things I was able to do there. Maybe you will want to experience it for yourself. While we were there took an amazing hike to a cross on top of a mountain.

It started out with sunshine, a storm hit, and then sunshine when we reached the top. We ate our lunch in a ski lean-to although and gazed out at the wildflowers on the mountain. It was amazingly beautiful. I wish I could show you those pictures, but that was before digital cameras and I really don't look through that scrapbook much since it involves an ex-boyfriend. We also managed to swim in freezing cold glacier water, under a damn! Eat delicious steaks, which were cut by the local butcher and then he marinated it with his own stuff, and we grilled it out on their deck overlooking the snow-capped mountains. We spent a day climbing a local crag, followed by a trip to the thermal pools (a spa resort). And it was probably one of the nicest hostels I have come across. I can't wait to bring my family back there one day.

All pictures that you see here are from the Chalet Martin website, http://www.gryon.com/