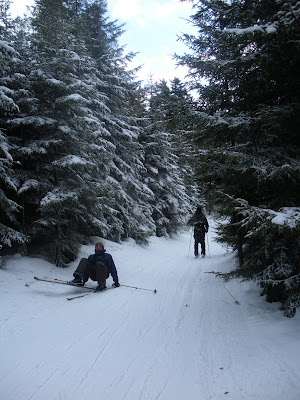 For Valentine's Day my sweet husband called my parents ahead of time and asked them if they would come down for the weekend to watch Jack. That would allow us to get away for a few days and have a little alone time. So after a few different plans, we finally settled on the idea of going to Whitegrass Resort on Saturday to cross country ski, return home that night and then climb locally on Sunday. Everything was planned around the weather, and it just seemed to keep changing so we weren't sure if it would be a skiing trip or a getaway south to rock climb and explore Asheville. Fortunately it looked like there would be a light dusting of snow on Saturday in Canaan Valley, WV so we decided to take the cross country ski route.

I have wanted to try cross country skiing for a long time. Cross country skiing always seemedmore like hiking and a leisure way to enjoey the beauty around you. I have never been a big fan of most winter sports, because you almost always have to like speed (down-hill skiing, snowboarding, sledding, skating) and that is not my favorite thing. Of course you can always throw in some adventure with some downhill drops, stream crossings, and a trip off trail. It was definitely all that I expected and more.

For starters it was a little harder that I expected. I fell a lot on this first trip and I was super afraid of going downhill and losing control. I still really don't know a good way to stop or turn, but I could use more practice at it. Joe just recently bought some back country skis, so he has had a bit more practice. He also likes the adventurous aspect more, so he first took me out to an area that was untouched by other skiers. The more adventurous we got, the less I liked it (after attempting to cross a stream and go uphill on crazy steep hills, I asked for us to turn around. So we did, and then thankfully Joe went on the easy trail. This was good for me to learn the basics. I still wiped out a lot. It was a great workout and very exhausting, but also thrilling. I hope we get a chance to go again next year. I included some pictures of our trip. As for the climbing part, I did not get any pictures, but that was also a great day.

I'm so thankful for my parents for allowing us to get away for a few days. We truly enjoyed the time to connect and have some fun. I think they also had a lot of fun with Jack. They even took a bunch of pictures of him...which I will post later. So I figure it was a win/win situation for everyone. 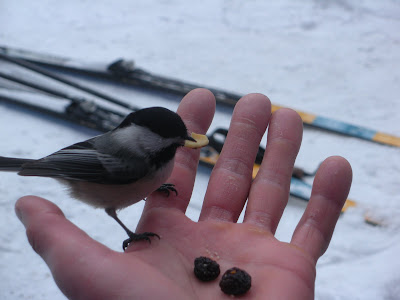 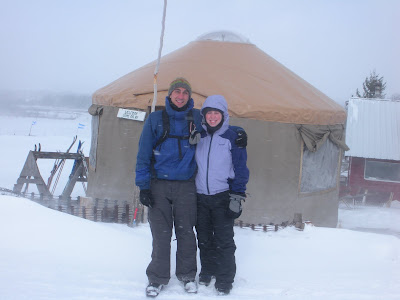 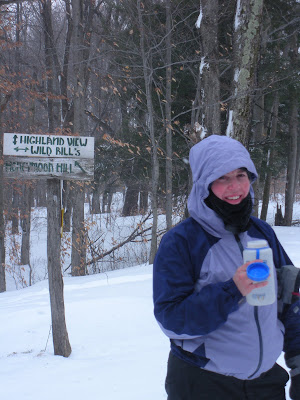 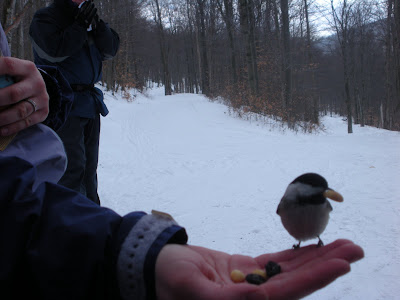 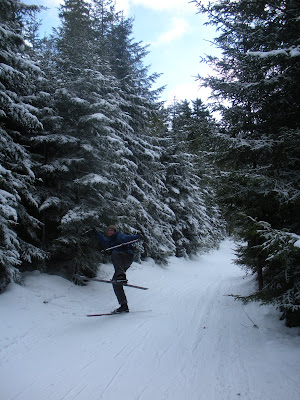 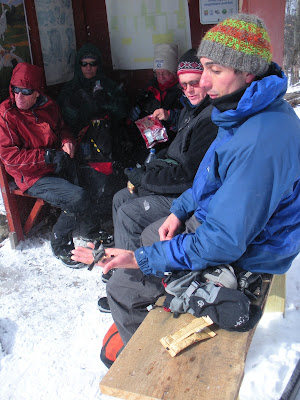