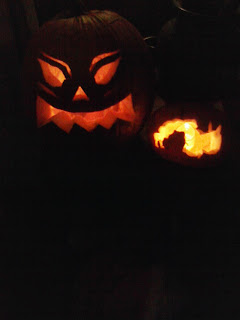 I'm trying to hunt down pictures from Jack's birthday...I didn't even take one!  However, my sister-in-law and husband both got pictures on their phones.  So I'm hoping between the two I will be able to put up another post soon.  Can you believe Jack is already three?  Time flies.

We had a fairly uneventful October. We made it to the pumpkin patch and actually bought a new truck the same day.  We totally didn't plan on doing that!  It just happened to be the right time, the right price, and the right used truck.  Lucky us, I guess.  Anyhow, this post is about Halloween though.  We did get a lot of fun stuff done though.  We carved pumpkins as a family...Joe made the scary pumpkin face and I tried to create the hungry caterpillar on the pumpkin that Jack picked on his preschool field trip.  I took the kids trick-or-treating on Halloween night, it was so cute to see them both get excited for their treats.  In fact, this year we saw more families out and about than ever before, which truly makes the spirit of the night that much more fun.  And I even went to the Halloween party at Jack and Ella's daycare.  Oh, I cannot forget the trunk-or-treat at church this year.  It was a real hit.  I made a maple pumpkin pie with salted pecan brittle on top...I won second place in the pie competition too.  All and all, it has been a good month and I am now officially thinking about Christmas presents! 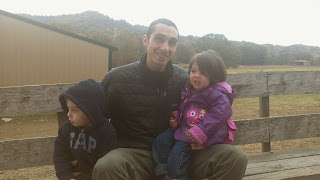 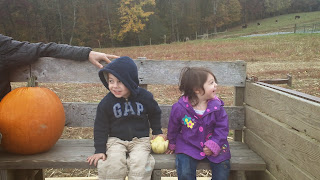 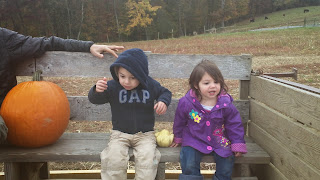 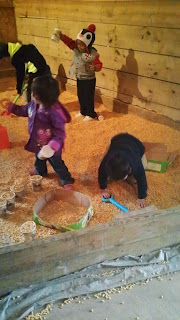 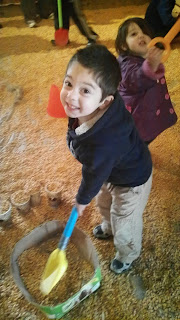 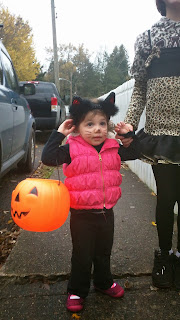 Jack did not want to wear his spiderman mask...so this was the next best thing! I'm surprised the ears stayed on Ella's head for as long as they did...and I had to hide the tail and distract her so she didn't try to take that off too! 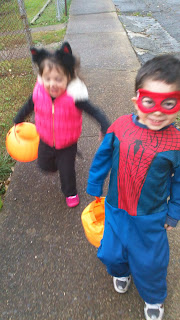 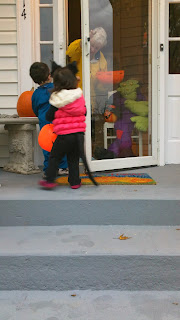 We gave out vampire teeth with the candy this year.  That was a fun treat and the kids seemed super excited too! 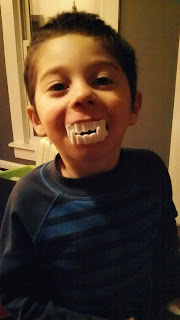 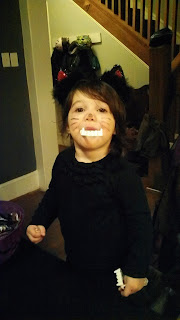 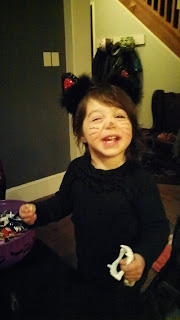 Such sweet littles! Their costumes are too adorable!