Life Lately (Or At Least Some Pictures From The Last Month)

So I always have good intentions of getting onto my blog, but then life gets in the way and I find other things are just more important.  Maybe if I could be paid for it, then I would work on it more...I wish I was that good!  I have been working a lot as a volunteer coordinator during nap time for an upcoming local event.  So when I have sat down on the computer that is usually what I gravitate to. However, in April we were able to take the kids to a family farm so Jack could get up close and personal with horses.  He loves horses.  Of course, when he gets close he becomes shy as you can see from this picture below.  Since he didn't want to touch the horses, but he got braver with time and was excited to see the other animals.  Then he was thrilled to try out their trampoline! 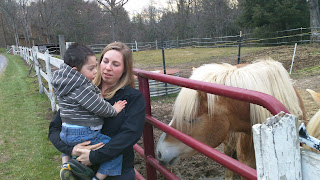 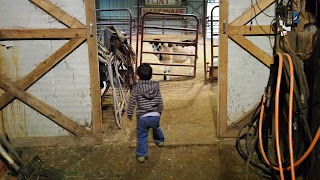 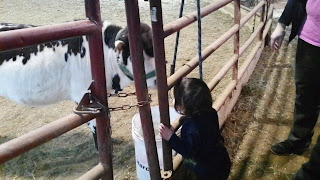 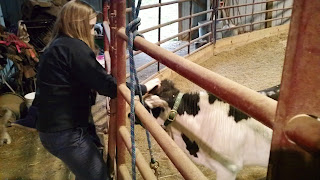 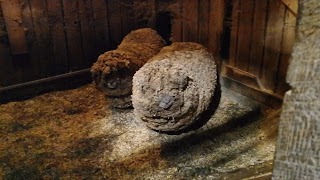 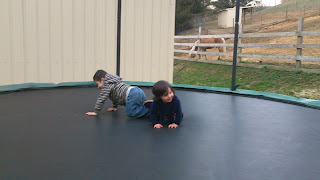 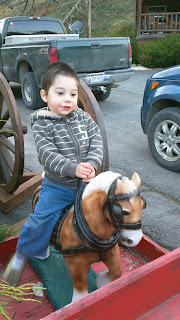 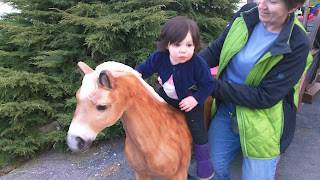 Ella decided to take a bite of a crayola marker!  I had to use a washcloth to try and get a lot of it out.  Fortunately it was a washable kind and it mostly cleaned up.  That girl will put pretty much anything in her mouth.  Thankfully she has yet to try a stink bug...although she does enjoy picking them up and giving them to me so I can flush them down the toilet! 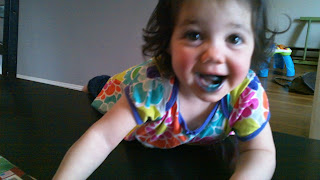 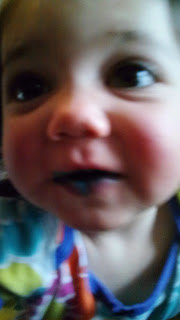 One day Ella opened the front door and snuck out.  Except we knew she did it and we were watching her from the door (my mom was here for a week and watched them while I worked).  Ella decided to make some fun faces in the window.  I love it! 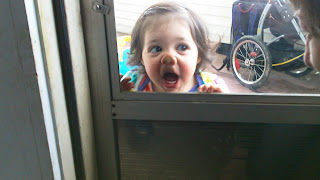 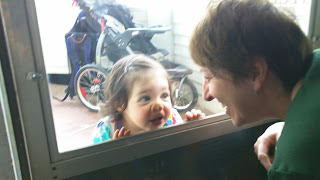 This is what happens when I take a shower now.  Ella loves to takes clothes out of the dresser and if Jack is around he is more than happy to help her.  I think they were proud of themselves for this.  I walked into the room after doing something for maybe 2 minutes and this is what I saw.  I sort of gasped and was going to get mad when I realized that wouldn't do any good and I went for my camera instead.  Since that day I think all the clothes have come out of the dresser about five times.  Such fun! 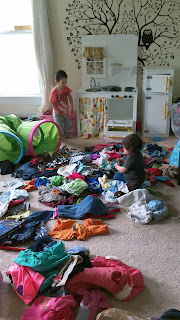 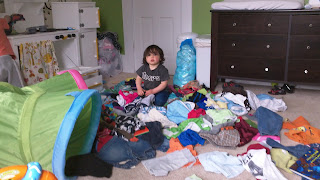 Jack spent a day out at a climbing crag with his daddy and since that day he is always "rock climbing" on everything.  He wants to go climbing and he has to have a rope to do it.  In fact, today he was trying to climbing up into my lap and he said, "I need a rope."  I had to inform him that it was more of a boulder problem since I am so short.  Here's a picture that he let me take after putting on his climbing gear and carrying a rope.  Like father, like son! 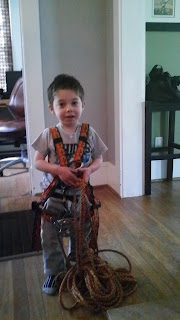