Last weekend Joe and I decided that we needed to get away from the cold weather.  So we found an inexpensive hotel (that had an indoor swimming pool) and headed to Charlotte, NC.  We were hoping to make it a fun trip for all.  We planned to hit up some parks for the kids, go shopping for me, and allow Joe a chance to climb at a climbing gym and hopefully also get a bike ride.  It was a little colder that we expected there.  It was actually snowing there when we were driving on Saturday morning, but the sun soon came out.
After dealing with one car sick child and making a stop at a Target for a new jacket, we headed to one attraction that we thought would be fun for the littles.  We went to Lazy 5 Ranch, which is just about thirty minutes outside of Charlotte.  We took both kids out of their carseats as we slowly drove through the ranch.  You can feed the animals from your car, but you are not allowed to get out of the car.  I think they had a blast, but they both got upset after I freaked out when a buffalo clipped the tip of my finger with his mouth.  I lost one of the feed buckets in the process.  Then I upset Jack later on when I lost the second feed bucket to a very aggressive zebra.  He was mostly just sad that we couldn't feed anymore animals.  Sorry Jack!  Below are just a few pictures.  It really was fun and I wish that we lived closer, because I would like to take the kids back there again! 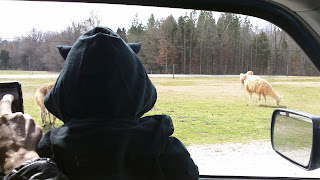 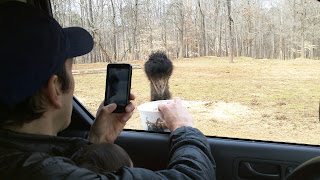 This was the buffalo that tried to eat my hand.  It really did hurt and scare me so I just dropped the bucket.  It probably didn't help that I was already scared because he was basically sticking his head into our car.  I felt like I was holding Ella right in his face for lunch! 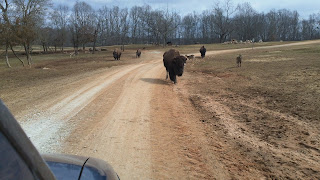 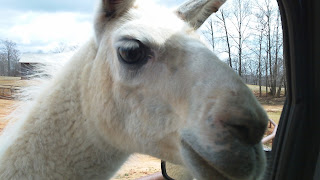 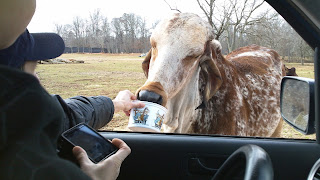 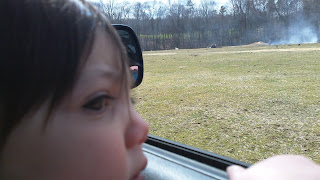 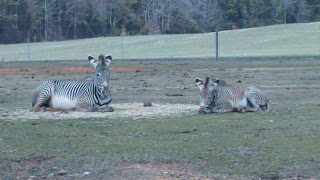 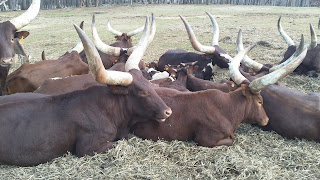 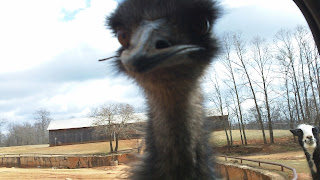 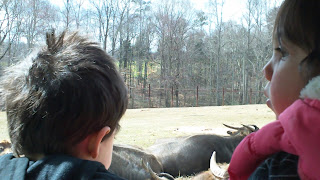 I think the rest of our trip was pretty uneventful. We managed to swim in the hotel pool, go shopping, Joe went climbing, and we visited two parks on a cold Sunday morning.  It was a short trip, but I'm still glad we had a family outting.  I can't wait for more traveling in our future!
- March 13, 2013