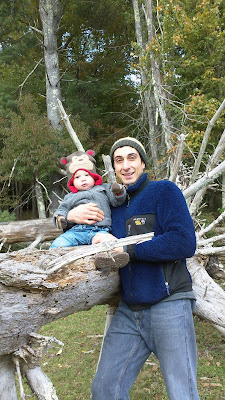 We decided to make a climbing/camping trip to Boone, NC. This was the first time we took Jack camping and I was a bit nervous how it would work out with Jack. Fortunately, he did excellent sleeping in the tent (probably because he was sleeping right next to the both of us), but during the day it was a different story! 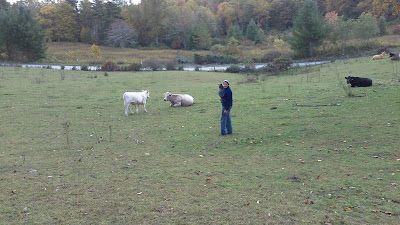 We left on Friday night after Joe got home from work. This was the perfect getaway trip, because it is only about a three hour drive so it didn't feel too long. Jack slept for most of the trip and we were able to get the tent set up before he awoke. It was cold outside and at this point almost eight thirty, so we decided to go to sleep as a family. I think at first Jack was a little scared of the tent, especially not understanding that we were going to fall asleep in this place. We decided to keep a headlamp turned on for another thirty minutes just so he would feel comfortable and realize that we are all going to fall asleep. 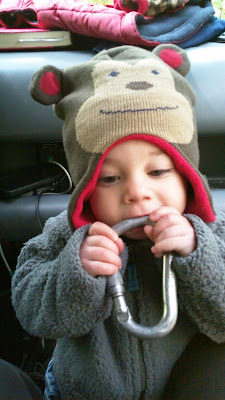 The next morning it was super cold outside. I knew it was going to be cold and windy, but I guess I underestimated how it would feel for Jack. He was not so happy, especially because he little hands were cold. I had a hat and jackets, but no mittens. We tried to take a hike before the outlet mall opened, but Jack was not having any fun and started to cry. About a mile into that hike, we had to stop and Joe trekked back to the car as quick as he could, while I hiked up to the Blue Ridge Parkway and waited. It was sleeting a little bit, so a nice older couple offered to let us sit in their car. Jack was crying the whole time and I felt so embarrassed, but thankful that we had a warm place to wait. He did much better after we bought a pair of mittens and a new hat. We tried to take another hike and see some cows, I think those pictures turned out perfect, but that was also the only time it was actually sunny outside. 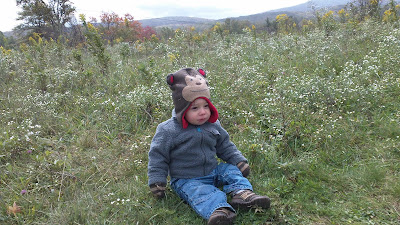 Later in the afternoon we met up with a friend and Joe went climbing with him. I sat in the car and read my book, because Jack had fallen asleep and I didn't want to wake him up just to venture into the cold and wind. He did pretty well the rest of that night as we sat next to a fire and of course I think it helped that we went out for dinner. The next morning I left with Jack to visit friends in Charlotte, NC. They have a little girl and it was nice for Jack to have two days to play with another kid. I think it was a great camping trip and I look forward to many more days of camping and climbing as a family! 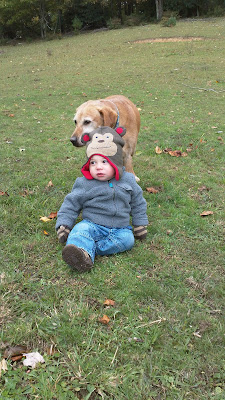 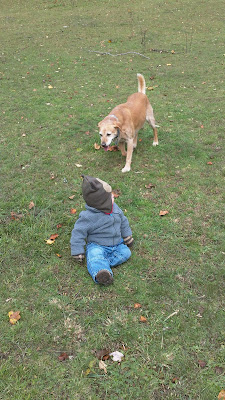 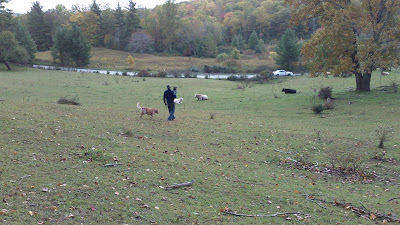 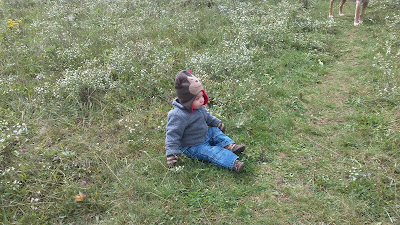 At one point we sat in the car while daddy made hot chocolate because it was so cold! 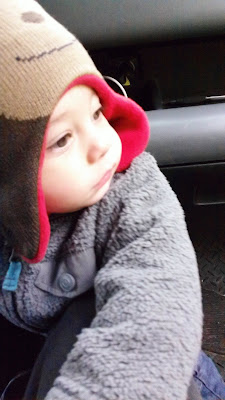 This was a picture from the first hike, before Jack had his meltdown! 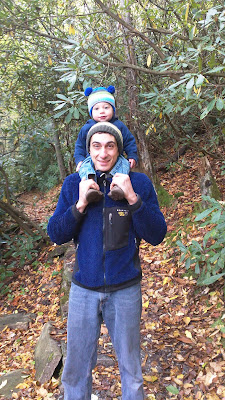 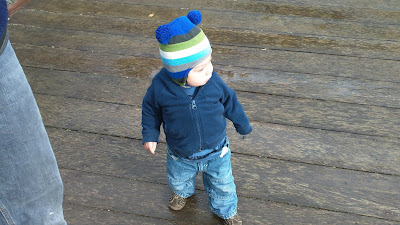 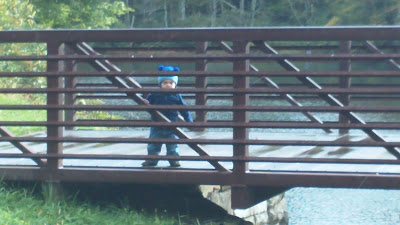 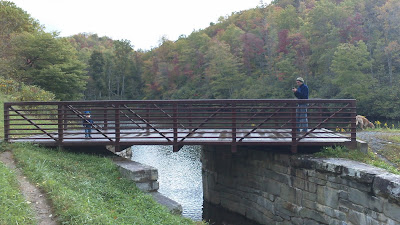