Back in January/February we decided we wanted to paint the stairway. It is a low cost alternative to replacing them, which we don't have the money for right now. But a gallon of paint is cheap (or even cheaper if you only need a half a gallon). So anyhow, we first painted the stairs green with hopes to bring a pop of color. It was definitely a "pop" of color, but my husband hated it. I liked it and those that saw it had mixed opinions. So I tested out white on the risers and realized I liked that so much better. If you were to see up close then you would know there are a lot of flaws, so the white does not hide them, but overall it looks much better. Joe wanted to paint the tops brown to keep them neutral. I was against brown for a long time but finally sucked it up since he let me have the white on the risers (which he did not like too much). So now you can see what we finally settled with. Oh, and I think it looks SO much better. We should have done that to begin with! 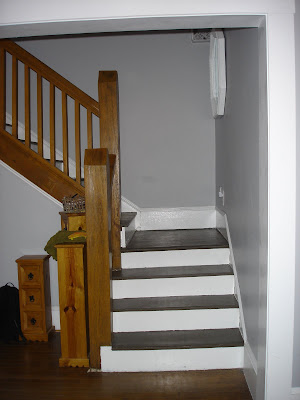 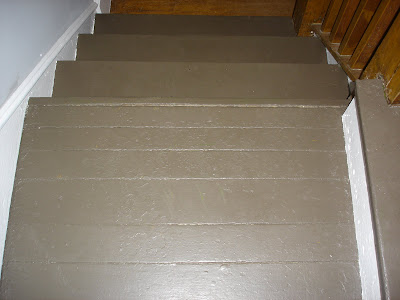 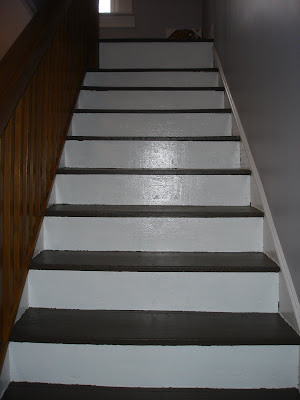 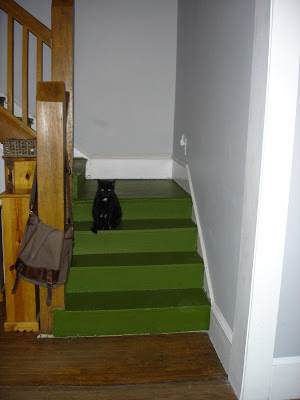