Jack Update: For the Family

When your family lives hours away, these updates are a lifeline. I know my parents love them and I'm pretty sure all his aunties and uncles, plus his nanny does too! So since my dad has been pestering me to update with some video footage and since they will be at my grandparents house this weekend, it is time for a Jack update. I went to a conference with some students (I'm and their adviser, even though I'm still on maternity leave). I probably go into the school once a week with Jack for meetings. Well, there were other babies at the conference so Jack got to play. 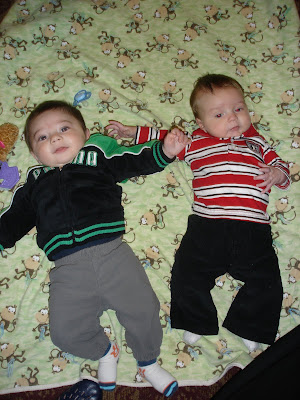 After eating bananas, Jack broke out with a diaper rash. I think it might have been the yeast from the bananas, so occasionally he had some naked butt time. Don't you just love those baby rolls? 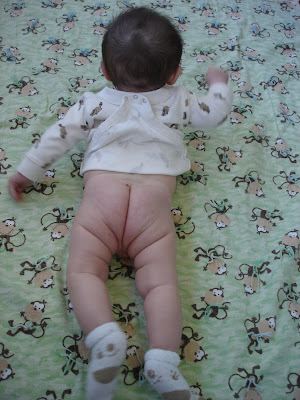 He has started smiling for the camera now. He used to just stare at it like it was the weirdest thing....which makes pictures not as fun! 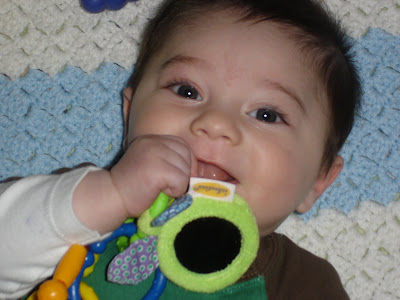 Here is a video of him rolling both ways!