It took me a while to get these pictures posted, because we had some computer problems. Actually the one computer that we were using broke so it was a few weeks before I could have my laptop looked at. I had not used my laptop since June and it was freezing up on me. After a trip to geek squad I found out that I just needed to do a system recovery. So simple. So now we have a working computer to use, which is super nice. Plus I can upload some pictures and videos, especially since my brother bought us a video camera (super exciting).

Jack was spoiled by his grandparents and aunts and uncles this year. There were clothes and lots of toys for him. In fact, he is now stocked up with plenty of clothing for next year and some toys for a good while. Plus, his aunties even bought hats and mittens that will fit him next year. I knew this would be the case and since money is tight for us, I decided that I did not need to get him anything. I probably won't get much next year either, because he will still be so little. Here are some pictures from our Christmas trip to Northern Virginia.

(We were supposed to make a trip to New York after Christmas, but over 20 inches of snow fell the day after. We were not going to risk the road trip, so we came home a little earlier.) 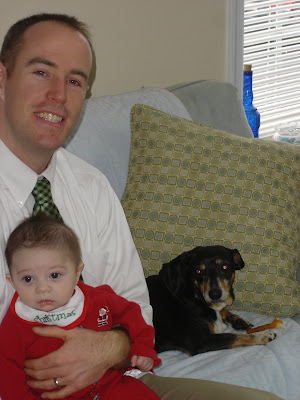 As you saw in the previous post, we decorated gingerbread houses. I think I did a pretty good job on the gingerbread layouts. It was a fun activity for Christmas Eve. 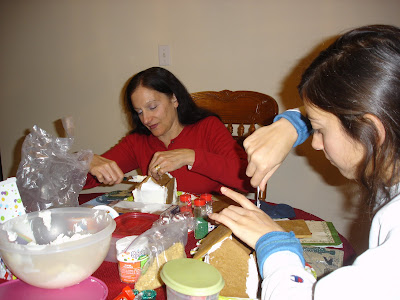 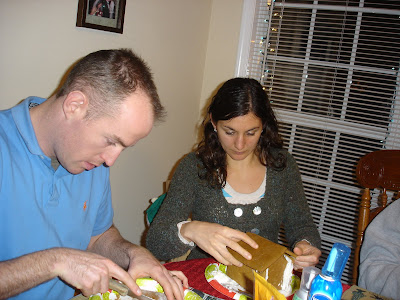 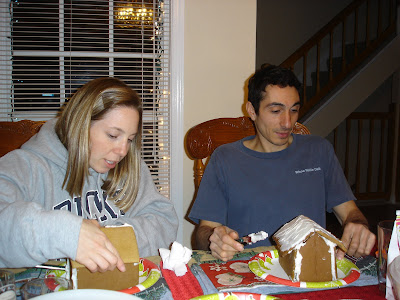 My dad is feeding Jack, but he couldn't neglect is baby so of course he let Roxey jump onto his chair. It was a crowded mess! 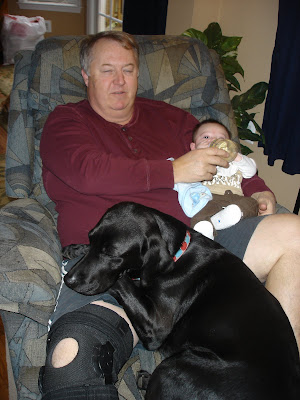 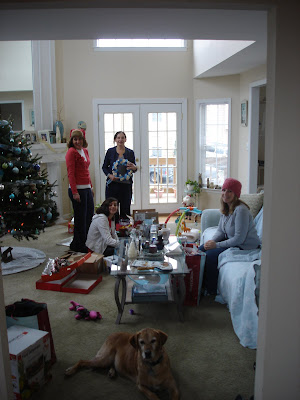 Kevin and Jack were getting into the Christmas spirit with their holiday clothing. 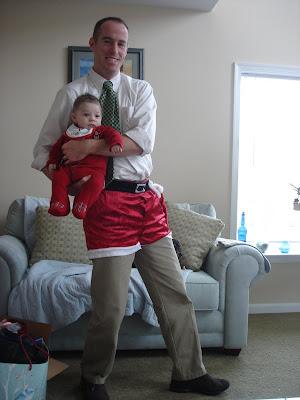 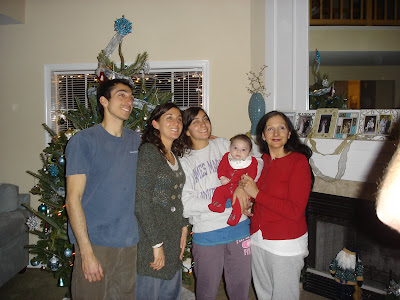 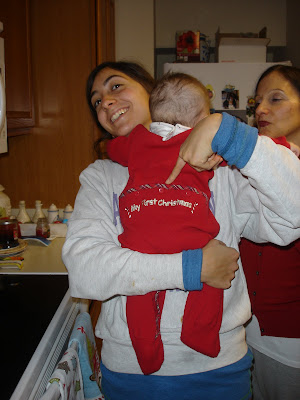