I know it is already been a month and a half since she had her birthday party, but I never did get around to posting pictures for everyone.  Of course I forgot to take any during the party, but did remember to get some of the decorations and food!  It was a great party too.  We have a bunch of good friends over with all their little ones running around and the sweets were all just as yummy as I had hoped for.  We kept the decorations fairly simple, but used the rainbow/sprinkles theme throughout. 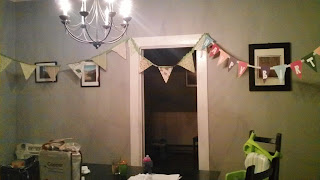 I went to Lowes and picked up a bunch of the paint swatches, which I then turned in to streamers.  I happened to have a few tissue puffs too, which are like clouds!  I had this in two different rooms. 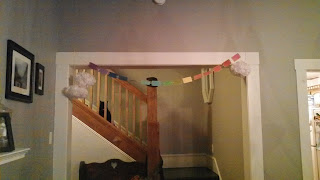 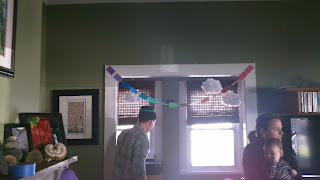 I made a happy birthday sign to go above her high chair.  I just grabbed a bunch of different colored paper that I already had on hand. 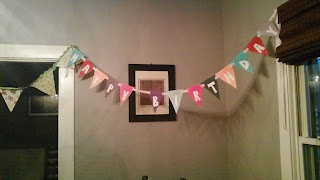 I made her a personal smash cake with a one on top made with sprinkles.  We also had rainbow cookies and skittles to much on. 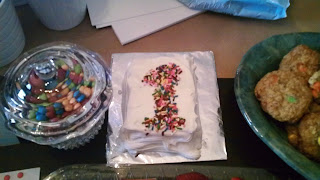 Here is a few of the spread and in the background I set up a painting station for the little ones with crayons, colored pencils, markers, and finger paint.  I even remembered the smocks too! 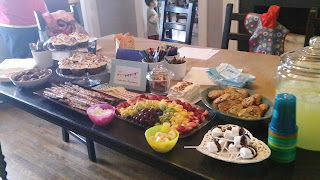 A rainbow fruit tray, so that the kiddos weren't just earting dessert. 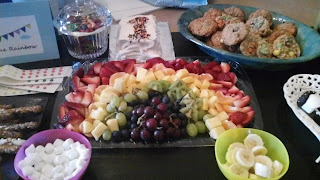 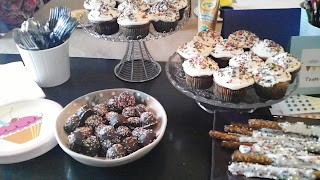 One very happy and full birthday girl!  We love her to pieces! 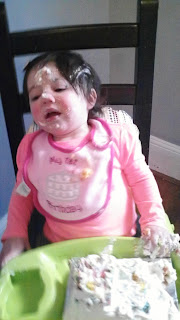