I went to the WIC offices last week for an appointment to get more food vouchers.  Occasionally they need to check the weight and growth of the children, I suppose to make sure they are getting proper nutrition with the food the are providing.  Well, they wanted to do an iron check on Ella and they asked me how old she was.  I said, almost 10 months.  They then asked me her birthday and told me she was 10 months old.  I thought somehow I had skipped a month and was behind when I was telling people her age.  They had me so confused I had to count the months out on my fingers to be sure I wasn't mistaken.  They were wrong!  She had not turned 10 months yet, we still had a few days to go.  I was really beginning to worry that I had neglected to give an update for her and that I couldn't even remember how old she was.  I know parents tend to take less pictures and such for the second, third, etc child, but was couldn't believe I was getting that bad.  Thankfully, I'm still on top of it and I know that she is just now turning 10 months old.  Okay, now I will move on to the stats.

Nicknames: Ella Bella, Bear, Miss E, and Rosanne Barr (this is a name that Joe has been using because she is such a hearty eater.  Plus, she almost weighs as much as her brother.  However, I don't like the nickname). 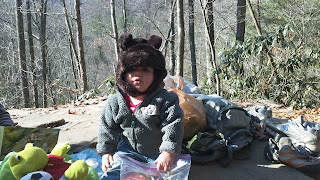 Weight and Height: I was hoping to have this update, but we missed her 9 month doctor's appointment when the Blizzard happened back in late October.  It can take a few weeks to make appointments with their doctor, so we won't see her until the 6th of December.  I will have to give an update then, but she was recently at the doc's for an ear infection and weighed in at 21 lbs. 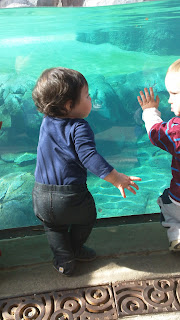 Food:  Ella continues to eat more foods each day.  She really loves to pick up her foods, so I'm constantly thinking of things that she can hold and grab at for her meals.  I can usually give her something from our dinners as well, which is nice, since it makes it feel like a real family dinner that we are all enjoying. 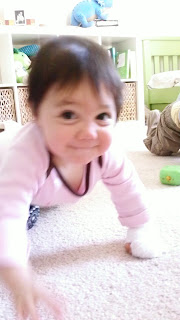 Temperament:  I truly appreciate how happy she is when I get her out of her crib.  It just makes my day to walk into her room after a nap and see her playing with her dolls in her crib.  However, she already knows how to whine when she doesn't get her way.  Ella is fiercely independent and always wants to move around.  She gets so mad when someone puts a baby gate up to block her passage.  It is almost comical to see her cry in frustration.  I think she has learned this from her brother.  And speaking of Jack, he is more and more excited about having Ella around.  He constantly says her name.  I think it is one word that he says perfectly.  She often responds and follows him around.  I really love when I get to see them playing together while sitting in their car seats.

Items/Toys We Love The Most:  Our friends Chris and Spencer bought Ella the cutest winter hat.  It is brown and has the look of a bear.  They also bought matching slippers.  There is something special about that hat, because I can't help but think she is the cutest baby in the whole world. 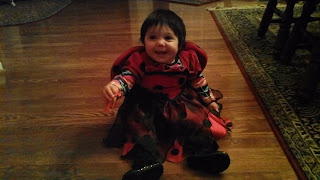 First Experiences:  This past month we made a trip home to visit family.  Ella was able to go trick or treating twice (although she had no idea why I was getting her dressed up).  In addition, we made a trip to another pediatric orthopedist to look at her foot.  I really liked this doctor a lot.  He had some good insight about why her foot was turned outwards.  Then he gave some good and bad news.  It sounds like she will develop just fine and usually this type of curvature straightens itself out.  However, he did say that she had a slightly more noticeable twist in the tibia which might require surgery.  Basically this will allow for her legs to look symmetrical and I also believe it will help her in the long run to not develop any hip or knee problems.  So it was good to get more insight, but we still are not sure what our next steps will be.  I believe we will come back to this issue in a year and decide what to do.  At least we know there is no rush to get the surgery done. 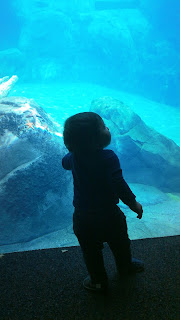 In addition, she is getting two more teeth!  She is getting one tooth in the front and one on the side on top.  I feel like it won't be long before the other two decide to appear on the top row as well. Oh, and she had her first ear infection as well. 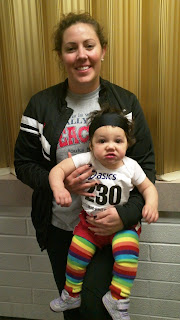 Now we only have a month to go before Christmas.  I am in full swing making our Christmas presents this year and I am so excited about it.  We are also going to have a celebration for my grandparents 60th anniversary.  Then I have a month to organize and plan for Ella's 1st birthday.  This year has blown by so fast.  I can't believe it!  She is such a great addition and blessing in our family.
- November 28, 2012