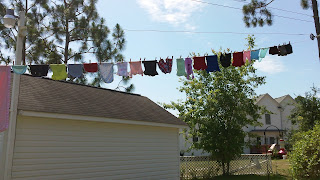 If you have been keeping up with the news, then you have probably heard about the major storm that stretched across West Virginia, Virginia, Maryland, and northward.  It was a derecho, a horizontal wind storm, and there was some severe damage.  West Virginia was in a state of emergency and as I write this there are still people in my county that don't have power.  Fortunately we had no damage to our home, but knew we would be without power for a while, since the damage to our power lines was pretty bad.  In addition, there was only a limited number of gas stations working on generators, so it was difficult to get gas.  Then after about three days the generators stopped working on the water and many people were without water in our county.  After two days in the extreme heat, sleeping on our living room floor and trying to help Ella relax in the heat, we decided to leave town.

I think Joe and I could have handled it, since we were used to camping, but it was really hard on our little baby girl.  Even Jack was managing well.  Then one day as we were headed to the lake, we made a quick decision to pack up and get out.  With the kids still asleep in the car, we quickly grabbed what we thought we would need for a week at my grandparents house.  I had to pack dirty laundry, since we couldn't clean anything, and then we also packed up for beach trips, since they live right next to the ocean!

Overall, it was a great trip and I am so glad that we were able to get away to see our family.  The power came back on a few days before we got home and we are so glad too, since it is still quite hot outside.  Below are the pictures from our impromptu trip!  So thank you derecho for allowing us to get to the beach this year! 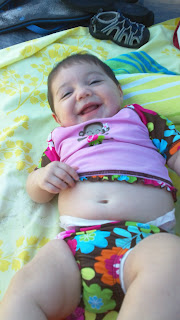 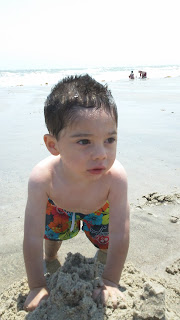 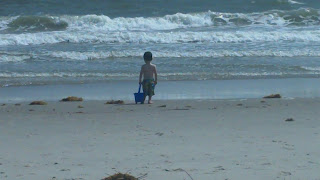 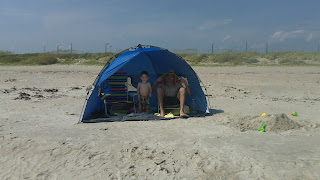 We were able to see the parade and fireworks in Southport, NC (home of the largest 4th of July festival in NC).  They were filming a Nicholas Sparks movie so scenes from the parade are going to be in it and there was a camera crew that filmed us cheering.  I doubt we will make it in the movie, but oh well!  Jack was in heaven during the parade.  Actually he had a serious look of concentration on his face the whole time.  It must have been due to the fact that there were fire trucks, motorcycles, horses, and boats, which are all his favorites as of right now. 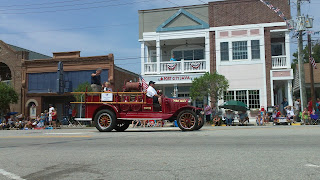 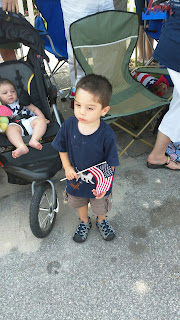 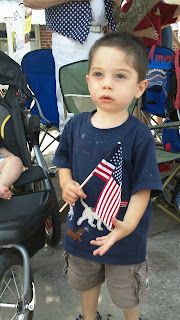 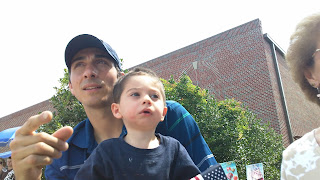 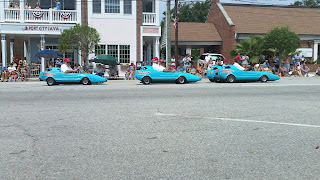 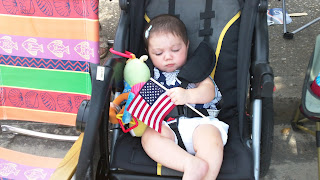 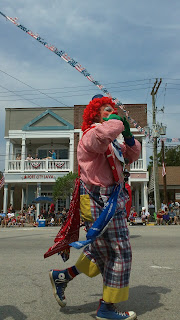 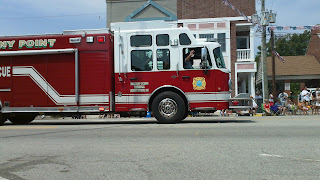 We also took the ferry over to Fort Fisher so we could go to the NC Aquarium.  It wasn't that big, but it was a great experience for Jack.  He was able to see fish, alligators, sharks, and so much more.  It was a good day, and we followed it with a trip to the pool, but those pictures will follow in another post. (Check out the fear in Jack's eyes as Joe is putting him next to the bronze alligator...that picture is priceless!) 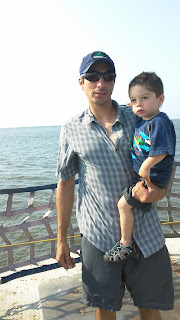 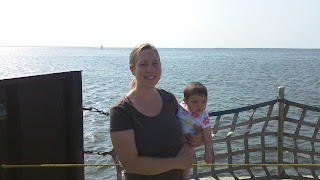 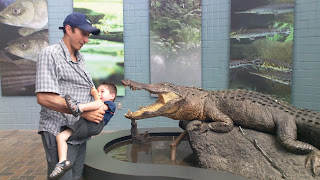 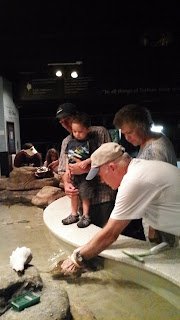 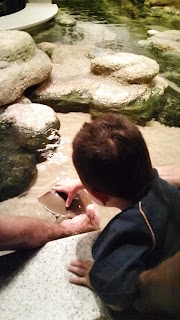 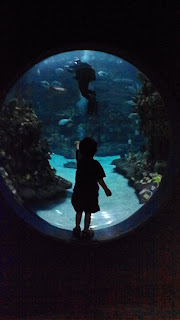