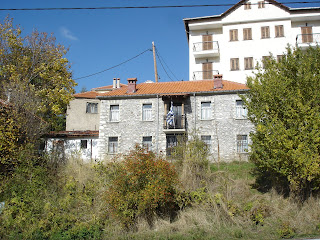 This past weekend was a three day weekend for our staff and students so I set out on a short but very sweet trip to Greece and Macedonia. I parted from my husband and then went on a road trip with the principal and kindergarten teacher from my school.

We left right after school at 3:30 in the afternoon and by 9pm we were in Greece. How cool is that? We stopped in Thessaloníki's, which is in the Northern part of the country but also along the Aegean sea. We enjoyed a wonderful dinner where I tried sardines for the first time. I was also impressed by the large crowds at 11:30 at night with no signs of stopping. Unfortunately I was exhausted after a full day of teaching and a long drive listening to Abba. 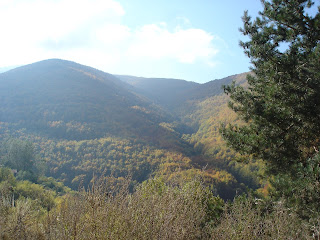 We spent a quick morning in the city were I found some great shopping at reasonably prices. Oh, I can't wait to go back. Then we were off on our road trip to look through the countryside for other Greek towns. I must admit, it was not the Greece that you might expect to see, because it was inland but the fall leaves were a nice change from the dirty city of Prishtina. My travel partners were very excited to see water so we stopped in Kastoria for the night. We almost were out of luck until we finally happened upon a hotel with one double room left! It was actually a really nice place, but a reasonably price and the hotel owner could have fit perfectly in the movie, My Big Fat Greek Wedding. I was also excited to see a wedding at the church in town while we were there. 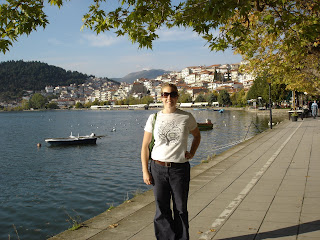 The next morning we headed off to Lake Ohrid, Macedonia to spend the final night. It is a beautiful tourist town (they also claim to have the oldest lake). I also found some fun shopping here for Christmas presents. We ate a huge meal and I was able to get my own room in the hotel for the night. Then after a short hike in the morning we were heading back home. Below you will see some of the pictures that I took of Greece and shortly I will post some pictures of Lake Ohrid.


Kastoria, Greece is known for their furs. Apparently it used to be an old beaver town, until they killed them all off. Now they import North American furs to see to all us tourists. 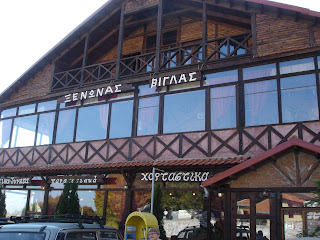 We happened upon this quaint ski lodge and restaurant that looked more Austrian than Greek. 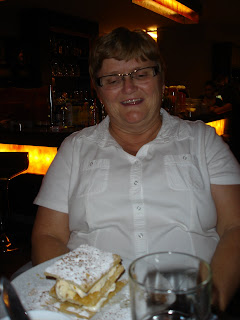 During our stay in Kastoria we found a desert bar where each of us enjoyed a treat! 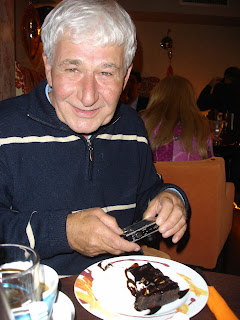 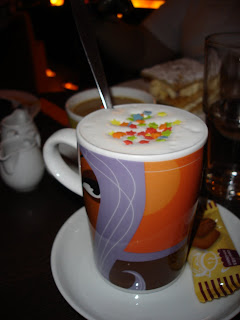 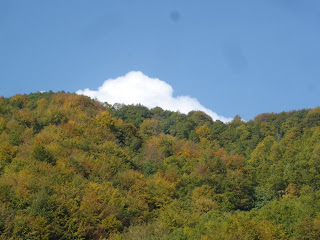 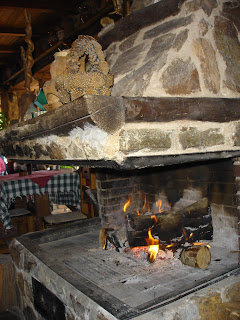 The warm fireplace in the ski lodge! 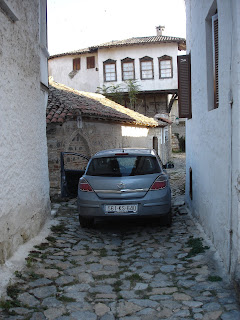 We traveled down some of the smallest streets. 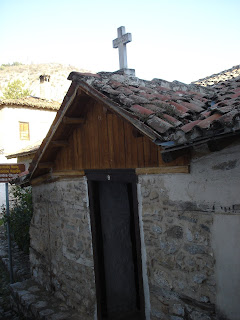 An old Greek church just nestled in the middle of two houses. 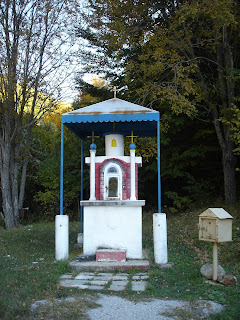 We saw many of these little prayer spots along the roads. Actually this was one of the largest that we had see on the entire trip. 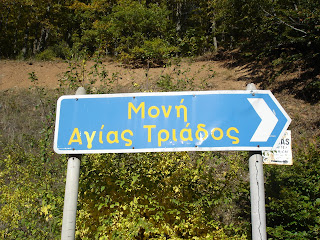 Can you read this? Greek road signs can be quite tricky when going 110km an hour. 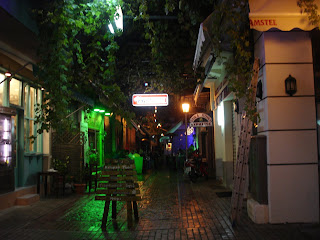 A look at the cute walkways in Thessaloníki's. 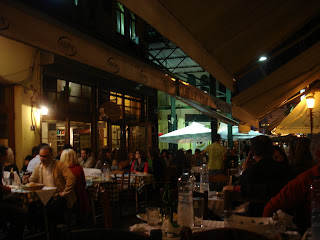 People must love to eat in Greece, because it was busy when we left at 12:30 at night. 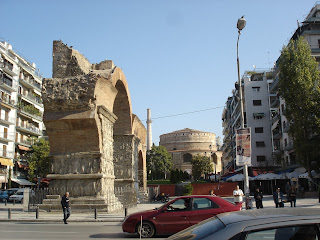 They don't tear down old relics, they just build around them. 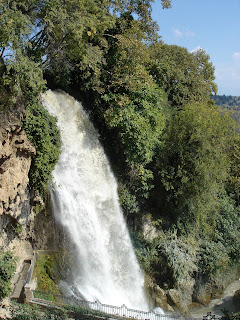 A man made waterfall with a whole park built around it. It was actually quite cool. 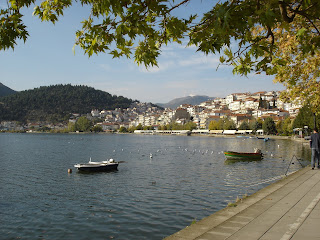